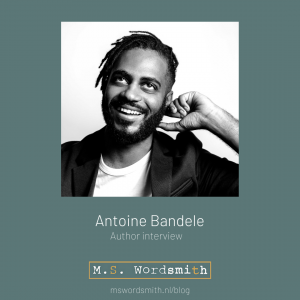 He lives in Los Angeles, CA with his girlfriend, where he produces work on YouTube for his own channel and others, such as JustKiddingFilms, Fanalysis, and more. During the summer he is a camp counselor. Whenever he has the time, he’s writing his debut series: Tales from Esowon.

I started way back as a kid, and writing sort of showed itself to me several times throughout my life and I sort of ignored it. It wasn’t until I looked for books on African Fantasy that I started writing because the book I wanted to read didn’t exist. 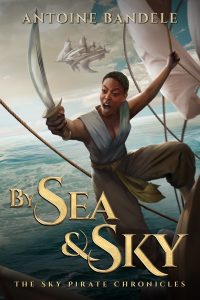 After earning a screenwriting award going into college, it should have been age 18–19, but I didn’t get serious about it until age 26–27.

It took me one year to write my first novel (and two years for my second, LOL)!

A new age of sky pirates.

What are you working right now?

I’m writing a young adult book revolving around the West African spiritual mythology of the orishas.

I don’t have clean drafts in the sense that it goes from Draft 1, Draft 2, Draft 3. They all sort of merge together. But if I had to guess, I’d say at a minimum I do six or seven drafts before one of my manuscripts is finalised. And I am certainly a plotter all the way down to the beat level. 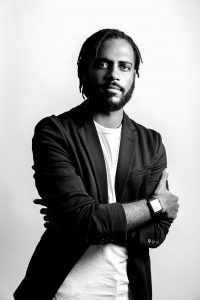 Talk it out. Get yourself some writing friends in your genre. I can’t tell you how many times simply talking it out helps, even if the person on the other end isn’t providing any new ideas, just asking questions.

This issue is pretty novel-exclusive. Ever since I got into long-form writing, I started realising that the only time I really got stuck wasn’t with big story issues but micro ones.

I’ve no preference. I didn’t even know there was such a debate between the two terms. But, now that I think about it, I default to saying writer over author, for sure.

I actually don’t have a favourite author, more like…favourite works. I love Harry Potter, but I don’t really follow Rowling’s other books. I love Ender’s Game, but Orson Scott Card’s other books never grabbed my interest. Matthew Stover might lead the way in the “favourite” author department for me, but that’s only based on two of his books. I don’t follow authors all that much. I follow the books themselves most of the time, not the creators.