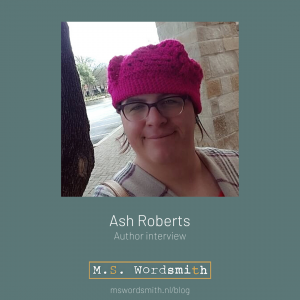 Ash Roberts is a transgender author who writes books about dragons, and those who ride them. She has loved dragons ever since a family friend lent a precocious fourteen-year-old her copy of Anne McCaffrey’s Dragonflight. She was hooked.

She credits Rick Riordan with saving her life because of a trans character he wrote. To pay it forward, she now writes books with plenty of LGBTQIA+ characters so that queer kids can see themselves in stories and not feel so alone.

When not writing, she spends her time in Northern Colorado with her wife and their family, including 2 ¾ cats.

Hi Ash, glad you finally made it to my blog! Please share, when did you start writing, and why?

Fourth grade was a bad time for me, for a lot of reasons. I didn’t have the words for it, but that is when I first realised that I was transgender. Puberty flooded my body with the wrong hormones. Writing let me escape my world to visit others with heroines who could succeed at anything. 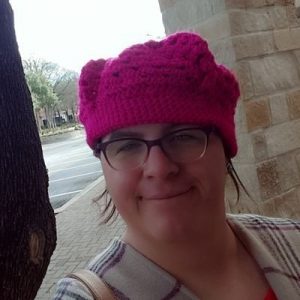 I try to never take myself too seriously. But at thirty-four, with my son on the way, I knew that my current career wasn’t sustainable, and if I wanted to watch my child grow up, I needed to start working towards a new career. I’m not as far along that path as I hoped I would be five years later, but I’ve definitely made progress.

I started my first novel the day after Christmas in 1995, as a response to reading The Martian Chronicles in school. I hated the book, and was convinced I could do better. I finished it on December 30, 2015. Twenty years and four days.

That makes me feel so much better about my YA fantasy work! I’ve been working on that one for sixteen years now, I think… So, what was your last book about?

Royal Dragon is a YA fantasy about dragon riders.

Kalia’s life is all mapped out for her—she is heir to the elven homeland and marriage to a Duke’s son had been arranged before she was old enough to walk. For her, the war in the north is far away and all she knows of it is stories about the fearless Dragoneers. Her life is safe. Idyllic. Until she accidentally bonds with the blue dragon, Farean. 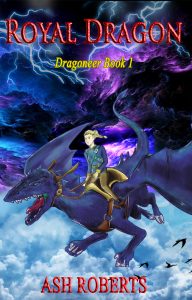 Kalia is banished from her homeland and her engagement is broken—the nobility will have nothing to do with dragon riders. And the Dragoneers don’t exactly welcome the former princess with open arms. To gain the respect of these warriors, she must enter the Great Dragon Race and demonstrate her skills. But she’s still a novice, it’s as unlikely as flying without a dragon.

The war against the Goblins suddenly close to home, Kalia must find her place in a world very different from the one she knew. A world of fighting and fear—and a place where lovers are chosen rather than assigned. As the challenges mount, she discovers that she’s not the person she thought she was. And that may be a good thing.

I’m a big fan of the seven-part story structure. I use it to create the superstructure of the story, and then use that to create the story beats. From there, I start writing and try to keep my characters heading in the right direction.

Once I have a rough first draft, I go back and add details early in the story that are needed for things I added later. From there, it will go to an editor, who will make me rewrite entire pages of text before I send it to a second editor who will often do the same. From there, I will do copyediting and proofreading to get the final draft. So, five drafts before I reach the final product.

I struggle to maintain a consistent writing schedule. I work so much with my day job that I feel guilty spending time at my computer when I could be spending it with my son or my wife.

Honestly, you have to find what works for you. There is no shortage of advice, from waking up early (I’m already up at 4am) to staying up late (but I’m up at 4am!). The best writing time for me is when my wife is watching sports games and my son playing video games.

It has changed over time. When my son was little, I got a lot of writing done during his naps. He’s only now reaching a point where he is self-sufficient for blocks of time. I’m sure that how much time I have to devote to my writing career versus my family will continue to change.

Writer. Maybe it’s imposter syndrome, but I don’t feel like I’ve reached a point to call myself an author.

I feel you, and I’m sure many of our colleagues feel the same. Who’s your favourite author?

Rick Riordan. He was the first author I ever read to include a trans character. He’s not afraid to have relentlessly gay characters. Whenever I’m feeling down, I like to read his acceptance speech for the American Library Associations Stonewall Award:

As important as it is to offer authentic voices and empower authors and role models from within LGBTQ community, it is also important that LGBTQ kids see themselves reflected and valued in the larger world of mass media, including my books. I know this because my non-heteronormative readers tell me so. They actively lobby to see characters like themselves in my books. They like the universe I’ve created. They want to be part of it. They deserve that opportunity. It’s important that I, as a mainstream author, say, “I see you. You matter. Your life experience may not be like mine, but it is no less valid and no less real. I will do whatever I can to understand and accurately include you in my stories, in my world. I will not erase you.”

That is why I write.

That just gave me chills. I couldn’t agree more, and might have to add his work to my TBR pile now. What’s your favourite book?

There are so many good ones to choose from. So many that have been major influences in my life. But I would have to go with Dragonflight by Anne McCaffrey. It was the first SFF novel I ever read, given to me by a friend of the family, a woman who was a role model for me of what it was to be a strong, independent woman.

Nail Your Story by Monica Leonelle. I’ve always found Monica’s writing to be relatable, and she breaks down story structure like no one else I’ve seen. 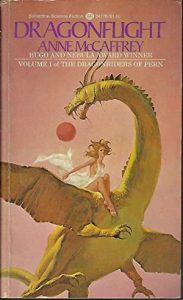 To become a better writer, you have to write. But more importantly, you have to read. Read as much as you can in your genre. There is no better way to understand the tropes, the story structure, what hits and what misses, than to be immersed in it.

Once again, I have to fully agree. Thanks for your time, Ash, it was a pleasure to finally have this talk!

Want to know more about Ash and connect? You can find her on Facebook and Twitter. And while you’re at it, grab a copy of Royal Dragon, her first Dragoneer book, here.