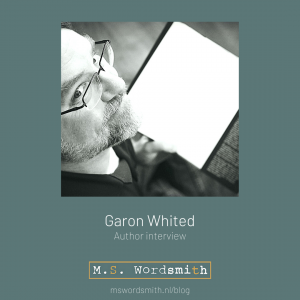 Garon Whited was born in Wichita, Kansas in 1969 or 1970; the original birth certificate is suspiciously unavailable and other records do not agree. After following his parents around the South for several years, he finally caught up to them and settled somewhere in Texarkana.

Garon attended Texarkana College, the University of Fayetteville, and Texas A&M. While he was in college, he studied many subjects, none of which were helpful in earning a living. At present, he writes stories in the hope people will feed him. He has written several novels and various short stories and shows no signs of stopping. Having fought organic golems, vegetarian vampires, were-chihuahuas, and blood-sucking pineapples, he is uniquely qualified to write fantastic fiction. His work tends toward the optimistic: even his apocalyptic sci-fi novel has a surprisingly feel-good twist. 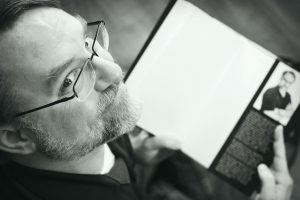 When he’s not writing stories down, Garon is still telling them. Garon is a fan of Role-Playing Games and started playing many years and many editions ago. It may have encouraged him to write by providing material, or delayed the necessity by providing a playground for his imaginary friends.  Garon loves to read, usually science fiction and fantasy. Strangely—perhaps ironically—he is not usually a fan of vampire novels.

Hi Garon, thank you for taking the time to answer my questions! So, when did you start writing, and why?

I started writing because my grip on reality and sanity were too strong to allow my imaginary friends to take on more than imaginary form.  They still wouldn’t shut up, though.  Eventually, I realised it was either let them talk in a socially acceptable way or get medicated until I couldn’t hear them.  If I recall, I was about twelve at the time.

The day I take myself seriously as a writer, it will be time to stop writing.

My first published book?  About six years.  To be fair, it’s a tome, not a book—about a third of a million words.  And it kicked off my whole Nightlord series, so I can’t complain.  All the series’ books are about that size, although I’ve learned to write shorter pieces since then. 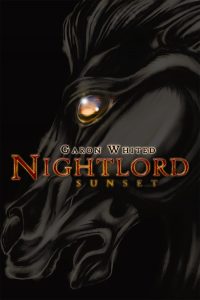 That’s a lot words… What are you working on right now?

Book seven in the series.  I’m pretty sure it’ll be titled Nightlord: Fugue. It picks up a little after Mobius ends and carries us a little farther along the overall plot toward the conclusion!

The process is—I am told—not standard.  I know where I’m going and how we’re getting there, so I just sit down and write.  Occasionally, I go back and review things.  Usually, I get through about a third of the book, go back and re-read it, add on another third, repeat, and finish the final third.  Then it’s read, edit, scream, rewrite, edit, reread, headdesk, edit, rewrite, give up, change my mind, edit, and reread.

Well…that last bit sure sounds familiar to me! :’-) What do you struggle with most as a writer?

Promotion.  I’m a writer.  I write.  I write like I breathe.  Words appear on the page.  It’s weird.  I think at the page and there they are.  It’s like reading, just slower.

But getting out and telling people, ‘Hey!  I’ve got a book!’ is like walking through fire while being pelted with broken glass. 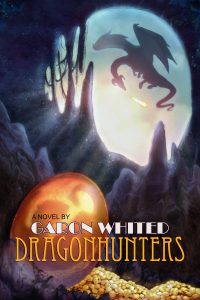 Find someone to do the promoting.  Grit your teeth and check in with them periodically so they can have Stuff—pictures, excerpts, side stories you’ll never publish, maybe even a little money.  Help them by giving them Stuff so they can go tell people about your books.

Nope.  Had it from day one.  Still have it.  I’m better, now, since I know what I hate and have been forced to learn more about how to cope with it, but I still prefer to Not Do It.  I have one thing I want to focus on—writing.  Don’t distract me.  I have been known to bite.

The difference could only matter to someone who is insecure enough to care.  Sure, a ‘writer’ is someone who writes.  An ‘author’ implies a writer who has actually completed some sort of work.  I don’t care if I’m called a writer, author, or typist.  My stuff is out there not because I want the accolades or even acknowledgement.  It’s there because, if enough people like it, they’ll feed me and I can make more of it.  Sort of a self-perpetuating thing. 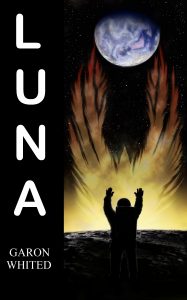 This is, perhaps, an even harder question.  If I can’t narrow down a favourite author, how can I pick a book?  The Night Watch, The Chronicles of Amber, The Star Beast, Children of the Lens, Jhereg, Good Omens…

‘If you care whether or not others will be offended or upset by your work, you will never write a word.’

Amen to that! I don’t know about you, but when it comes to fiction, I write for myself first. If lucky, the rest will come later 😉 Thanks again for joining me, Garon!

You can find Garon on his website, on Facebook (here & here) and his work can be found here. The first book in his Nightlord series, Nightlord: Sunset, will be available for free on Amazon until Black Friday, so grab your copy of this tome while you can!