How NOT to wreck a writer’s dreams 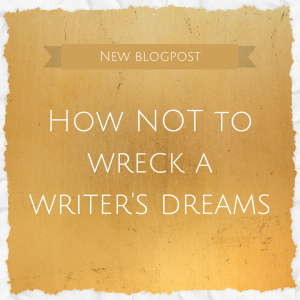 This blogpost was originally published as a guest post about the third volume of the 52 Weeks of Writing Author Journal and Planner on Lisa’s Reading.

I’ve always wanted to be a writer. There was a time, when I was very young, when I wasn’t afraid to say so when asked what I wanted to be when I grew up. I think it was my mother who said: ‘Good luck earning any money with that.’ Then there were others, telling me writing doesn’t bring home the bacon.

Of course, none of these people knew I’d become a vegan eventually. And neither, I think, were they aware of the impact their words had on me. How their casual comments made me lie about what I wanted to become and embarrassed about all those words I kept writing, in secret, afraid of being found out and told I was wasting my time pursuing something I really shouldn’t. 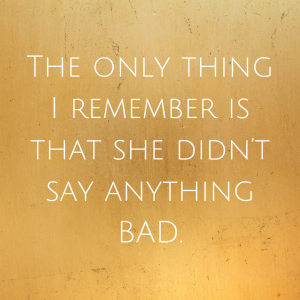 And then one of my uncles brought home a girlfriend. He didn’t just ‘bring her home’; she was from the United States, where he had worked for a couple of years, and she was moving to the Netherlands to be with him.

This girlfriend wasn’t only terribly smart—she was a lawyer who had just won a big case—and kind and funny and pretty and cool because she was from the United States, she loved books the way I did and let me borrow anything I wanted. I had never let anyone read my writing—it was all done in secret, after all—but she was the one I eventually trusted with a couple of pages, the start of a novel.

I remember the scene so vividly. We were out together, having a drink in a little bakery after visiting a fair, when I told her about this story I was writing. I had printed the pages when no one was looking and had put them in my bag in case I would somehow find the courage to show them to her.

I still have those pages and they were bad. Not just in terms of craft—I was fourteen or so—but the start of that story was so clearly based on the last series we’d been reading together… It was painful. Reading those words now, it was so very painful.

Now, over twenty years later, I can’t remember whether she said anything about those pages. The only thing I remember is that she didn’t say anything bad about them. In fact, she asked me about the rest of the story and I spent the entire afternoon telling her about all the ideas I had. 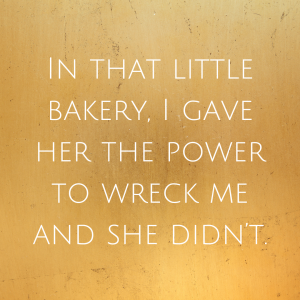 In that little bakery, I gave her the power to wreck me and she didn’t. I was steeling myself to hear about all the bacon I wouldn’t be bringing home, the harsh, penniless life I wanted to willingly sign up for, but she gave me none of that. And it has made all the difference.

Writing still wasn’t something I talked about with anyone else and it took me another fourteen years to tell another soul that I wrote stories and let them read my work, but that terrible fear of anyone finding out lost its hold on me. I no longer hid it from my direct family—I even bought myself a typewriter because the thought of having one alone made me feel more like a writer—and soon it was just something I spent a lot of time doing. If any more discouraging comments were made, I must have been too high on the support I’d received to not register them.

I might have never stopped writing, no matter what my uncle’s then girlfriend had said on that faithful day, but her treating it as something that was OK to be spending my time on, as a dream I was allowed to have and an interest worth pursuing? It did make a difference. She eventually moved back to the United States when I was seventeen, but I will never forget that day and I will never stop being grateful for all the things she didn’t say, all the hurt she didn’t inflict, and all the hope and joy and love for writing she handed back to me in that little bakery.