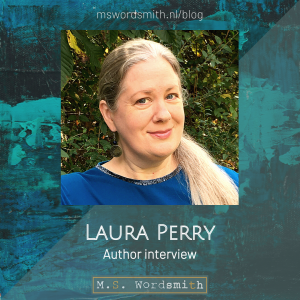 Laura Perry is a Pagan artist and author and the founder and facilitator of Modern Minoan Paganism. Her first book, Ancient Spellcraft, was published in 2001. She’s been writing both fiction and non-fiction ever since, as well as blog posts and magazine articles.

In addition to writing, Laura loves to create art of all sorts, such as The Minoan Tarot and The Minoan Coloring Book. She’s drawn interior illustrations for her non-fiction books and has created original art for the cover of her newest novel, The Last Priestess of Malia. Her art focuses on themes of Pagan spirituality, the ancient world, and folk art. 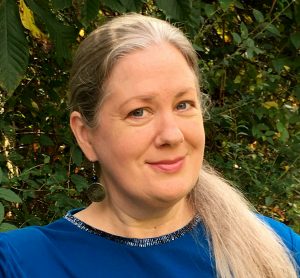 Hi Laura, welcome! Let’s dive right in: When did you start writing, and why?

I started writing as a child, really. I wrote stories about adventures and legendary characters, picturing myself and my friends as the characters. It was a way to let my imagination run free. I remember being especially proud of one I wrote at about age eight titled ‘Nine-in-a-Row Johnny’. It was about a young pioneer boy in the American West who saved his family from attacking wolves. As a teenager, I wrote my fair share of sappy love stories, most of which I have thankfully lost over the years! But still, that writing was a way of exploring the thoughts and feelings I encountered at that age, even if my skill was a bit lacking at that point.

My late twenties. I had researched and written a great deal about the Minoans as an assignment for a spiritual group I belonged to. One of my teachers looked at the collected writings and said, ‘That could be a book.’ And it dawned on me that I had, indeed, written something that could reasonably be considered the contents of a non-fiction book. I was shocked! I hadn’t intended to write a book, of course, but suddenly I realised that I was capable of doing so. That was quite an awakening. 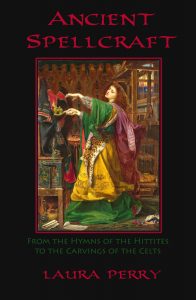 The first one I wrote (the expanded and polished version of the one I mentioned above) was not the first one I published, so this ends up being a complicated question. The first one I wrote, which was eventually published as Ariadne’s Thread, took me a total of about two years of actual work time: just over one year for the original contents that my teacher commented on and a second almost-full year, nearly a decade later, to ‘massage’ that first draft into a well-organised manuscript.

The first book I published, Ancient Spellcraft, took me about six months to write, if I recall correctly, including creating the drawings that I used as chapter heading illustrations. I was working on deadline with a publishing contract, so that gave me some motivation to move things along. It also helped that it wasn’t the first non-fiction work I had ever written. Interestingly, it took me another six months, fifteen years later, to rewrite Ancient Spellcraft for its second edition, including new drawings.

My most recent book, The Last Priestess of Malia, is a historical novel set in ancient Crete, at the end of Minoan civilisation. Many people think that the eruption of the Mediterranean island of Thera destroyed the Minoans, but recent archaeology tells us that they rebuilt and kept going for a good two centuries afterwards. What finally got them, in the end, was political and cultural strife—such a very human turn of affairs. 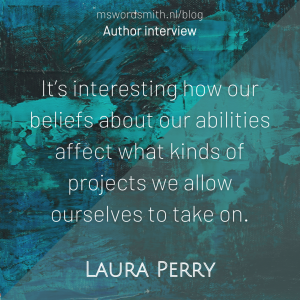 So, Ariadne, the High Priestess of the Minoan temple at Malia, has to face the incursion of the Mycenaeans as they attempt to gain control of the island and impose their very different values on her people. She has to decide where her values really lie and how far she is willing to go in order to safeguard their way of life.

I’ve been writing fiction, mostly in the form of short stories, since I was very young. But it wasn’t until I had published a non-fiction book that I really believed I was capable of creating a book-length fictional story. It’s interesting how our beliefs about our abilities affect what kinds of projects we allow ourselves to take on.

I’m working on another historical novel, this one set in ancient Egypt and focusing on the Amarna era—the pharaoh Akhenaten, his wife Nefertiti, and the people who surrounded them during that tumultuous time. As my research notes have accumulated, I’ve come to the realisation that, if I want to do the story justice, this one is probably going to have to be a trilogy. 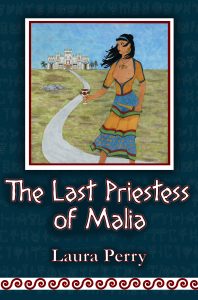 I found out the hard way that I need to be a plotter and not a ‘pantster’ when I’m writing fiction; non-fiction is a different beast, since you typically have to have a full table of contents constructed before offering a proposal to a publisher, so it is by necessity an outline-first kind of endeavor. The manuscript for my first novel, Jaguar Sky, was such a mess that I ended up re-writing pretty much the whole thing before I got it to the point that it was worth sharing with beta readers and prospective agents. That’s when I realised that I really do need to understand the plot structure as well as the characters’ back stories before I do the majority of the writing.

My process these days is a sort of back-and-forth rhythm between the outline and the manuscript. I’ll start with the outline, and typically, as I fill in sections of it, I’ll be inspired to make notes about scenes that should take place or actions certain characters should undertake. By the time I have the whole outline constructed, I may have as much as a fourth or a third of the novel written, though some of it will be in abbreviated form. That’s when I start writing in earnest.

When the first draft is finished, I set it aside for a while. Then, after my brain has rested, I go back and read through it, making any edits and changes that I feel are necessary. Sometimes I have to rearrange whole scenes or chapters in order to get the flow right. Once I’ve finished this second draft to my satisfaction, I send the manuscript to my beta readers, who always have beautiful insights into the story—they see things I don’t or can’t. So, I take their suggestions and polish the manuscript a final time. 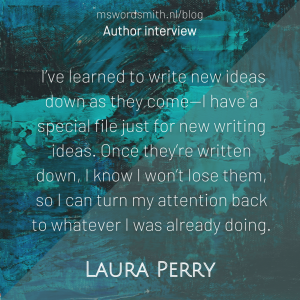 My main struggle is focus, and that issue comes at me from two different directions. The first is the number of new ideas my brain churns out for books and stories to write, usually when I’m already in the middle of a project. I’ve learned to write them down as they come—I have a special file just for new writing ideas. Once they’re written down, I know I won’t lose them, so I can turn my attention back to whatever I was already doing.

My second issue with focus is how easy it is to be distracted when I’m writing. When the writing gets difficult, it’s so easy to play on social media, go get a snack, chat with whoever else is around, or some other non-writing activity. Self-discipline really is a necessary trait for a writer. Deadlines can be a motivating force, but if there’s no deadline, I have to muster the necessary willpower to maintain my focus on the writing project.

I discovered a ‘secret weapon’ for this issue when I was writing the first draft of The Last Priestess of Malia. I accompanied my college-student daughter to campus every morning. When she went to class, I went to the library. I wasn’t an enrolled student, so I didn’t have the Wi-Fi password: no internet for me. Also, no snacks or chatting, because it was a library. I would find a quiet table in an unoccupied corner and write until my daughter was done with class. I wrote the entire novel in one semester!

Now I mock up that same experience at home by turning off my Wi-Fi and closing my office door. I know I can do it, because I’ve already done it.

Recognise that you’re only human and that you’re going to have to train yourself to sit down and do the work. Even if writing is your dream, some aspects of it will feel very much like work. And that’s OK. Making myself focus and write on a regular schedule has built it into a habit. In other words, it has become easier over time, and that has allowed me to enjoy the whole process even more.

I’ve always had that struggle to some extent, but how difficult it is also depends on the project. I can write non-fiction in small chunks, since non-fiction books are usually broken up into separate topics. In fact, I wrote my first published book, Ancient Spellcraft, in fifteen to twenty-minute segments in between chasing after my daughter, who was a toddler at the time. But I need longer stretches of time to write fiction, since I need to hold the whole fictional world as well as the story arc in my head as I’m writing. And rather than calling it a struggle, I prefer to view it as a challenge: I’m the protagonist in my own story arc, overcoming difficulties in order to save the day (or write the book!). 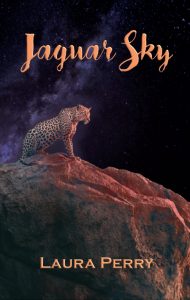 I typically use the term ‘author’ because people understand that to mean that I write books. The term ‘writer’ is broader, so if I introduce myself that way, I usually have to explain that I write books and not, say, newspaper or magazine articles. But both are valid terms, and I don’t object when people call me a writer…because I write!

I have a hard time picking just one, since so many authors inspire me. I love reading anything by Neil Gaiman or Terry Pratchett, but I also enjoy Katherine Neville’s works, and I’m a sucker for any well-written historical or Arthurian fiction.

For good old-fashioned magical storytelling, my favorite is The Hounds of the Morrigan by Pat O’Shea.

I have two. For inspiration and motivation, I like Stephen King’s On Writing. For the nuts and bolts of constructing a well-formed story, I like Save the Cat! Writes a Novel by Jessica Brody. 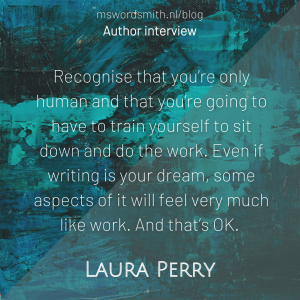 An agent once advised me to set my ego aside and listen to those who were more skilled than I was, so I could learn from them and improve my own skills. That’s such wise advice, not just for writing, but for life in general. It has served me well.

That is sound advice! Thank you for sharing that, and everything else.

You can find all and everything Laura does at her website.